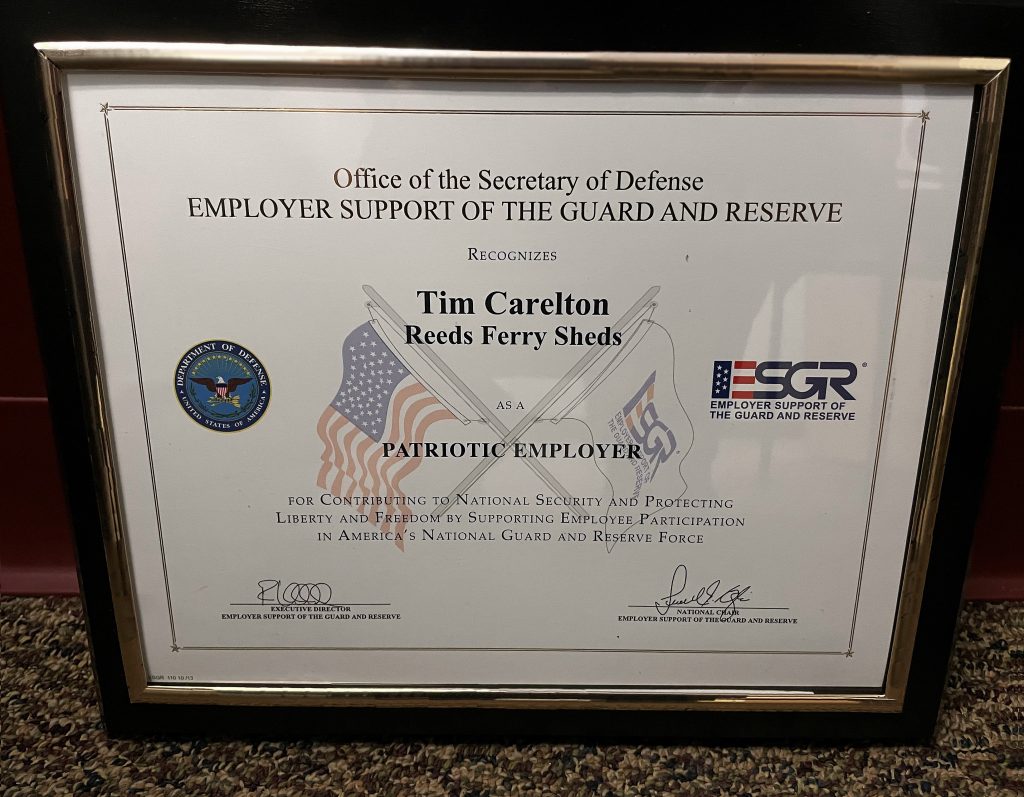 Reeds Ferry Sheds has always been a supporter of the United States Armed Forces, employing both reservists and veterans.  Proudly displayed in the Sales Office of Reeds Ferry is an American Flag and certificate stating that flag was flown in Iraq in November 2010 during a Special Operations Combat Mission in direct support of operation New Dawn.  This was received as Reeds Ferry employs active and former service members and makes sure they have a place to work when they come back if called out to service. Currently we employ two members of the National Guard who have been called in to duty.  Kyle started at Reeds Ferry in June of 2017 and is a driver and foreman for one of our installation crews.  He will be supporting United States missions overseas for about a year. Zachary has been with Reeds Ferry since March of 2020. Zach works in our shop and has a variety of positions, including stacker, jig helper and most recently a door builder. He will be assisting in response to the COVID-19 pandemic in the state of New Hampshire for about 9 months. While Reeds Ferry always misses their employees when they are called in to duty, we understand and respect the commitment they made to the United States.

Recently, Tim Carleton, President of Reeds Ferry, received an award for continuing to employ members of the United States Military.  Office of the Secretary of Defense Employer Support of the Guard and Reserve recognized Tim as a Patriotic Employer for contributing to national security and protecting liberty and freedom by supporting employee participation in America’s National Guard and Reserve Force. They sent us a nice plaque and letter, stating “We can be confident in the service of these Guard and Reserve warriors. But a key component of their continuing ability to defend the nation is found in the support of employers like you”.  It was a great honor to receive this reward and Reeds Ferry will continue to support the United States and all of its Armed Forces, past, present and future. 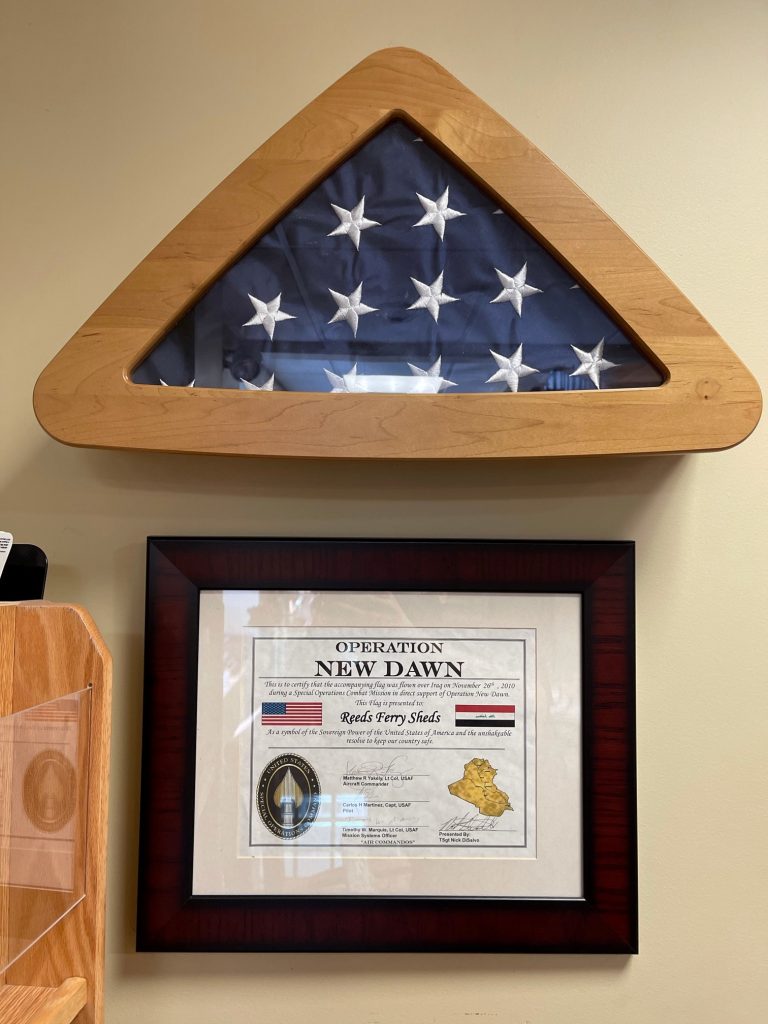